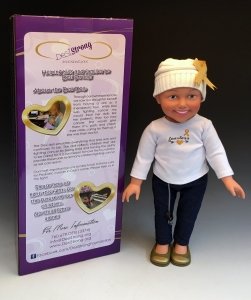 Terri Cechin came to us with the vision of creating a doll that would resemble and honor his late daughter Desi that had passed away from Neuroblastoma cancer at the sweet age of 6. Terry remembered when Desi would play with one of her stuffed animals and pretend to give it the medicine that she had been given and how it comforted her. He wanted to create a doll that looked like Desi. The Doll needed to simulate a cancer patient like Desi and required a detachable cathode so other kids could use the doll as therapy just as Desi had.

Sonos was given the challenge of sculpting a doll face that had his daughter’s likeness as well as invent a solution to attach and detach a cathode to the doll and make it compatible with the current hospital I.V. connections without leaving a mark or showing a visible connector. Terry was adamant about this for the “therapy value” and so existing hospital syringes could be used just like Desi had done.

Sonos requested many pictures of Desi and we created a beautiful likeness complete with her beautiful smile and the shape of her pretty bald head. We also sculpted her precious smile just as Terry wanted. The big challenge we still needed to innovate was a way to attached the cathode in a miniature version and make it removable without a mark or Velcro. The connection would be the same ‘Luer lock’ used for hypodermic syringes so it is adaptable with current hospital equipment and functions to simulate the play pattern.

After much though and deliberation, a solution popped into mind late one night. The idea, once conceived, seemed so simple. We added a metal plate to the scale cathode and hid a high-powered magnet inside the doll on the torso where a patient has their cathode to receive medicine. This ultimately simple solution to the problem works amazingly well as it also allows the cathode to be removed permanently when the patient and doll recover.

Terry wanted to receive his product in time for Christmas. He knew the timing was late but asked us to push the factory and see what we could do. His goal was to deliver several Desi Strong Dolls to children at local hospitals that are currently fighting cancer. All odds were stacked against us but we promised shipment just days before Christmas. Then we ran into a snag in customs and it became clear that we would not make Terry’s deadline. We knew his heart was going to be broken and he would not be able to keep his promise on the first Christmas without his sweet daughter. We made the dreaded call and you could hear the sadness in his voice.

We did not give up. After several calls to Fed Ex we found out that our containers were released from customs and delivered to a local Fed Ex office but there was no room to unload the containers. We kept at it, pleading our case with Fed Ex, working our way up the chain of command; finally reaching an arrangement where Fed Ex would unload the containers, and we would pick them up there and make the final step of the delivery in a truck we borrowed to complete our Christmas miracle. Within minutes of returning to our offices with the Desi Dolls in hand, Terry’s mother and father showed up. The first thing Grandpa said was, “It looks just like Desi”! After hugs and thank you’s, they took their Desi Strong dolls directly to the Choc Children’s Hospital of Orange County Children’s. 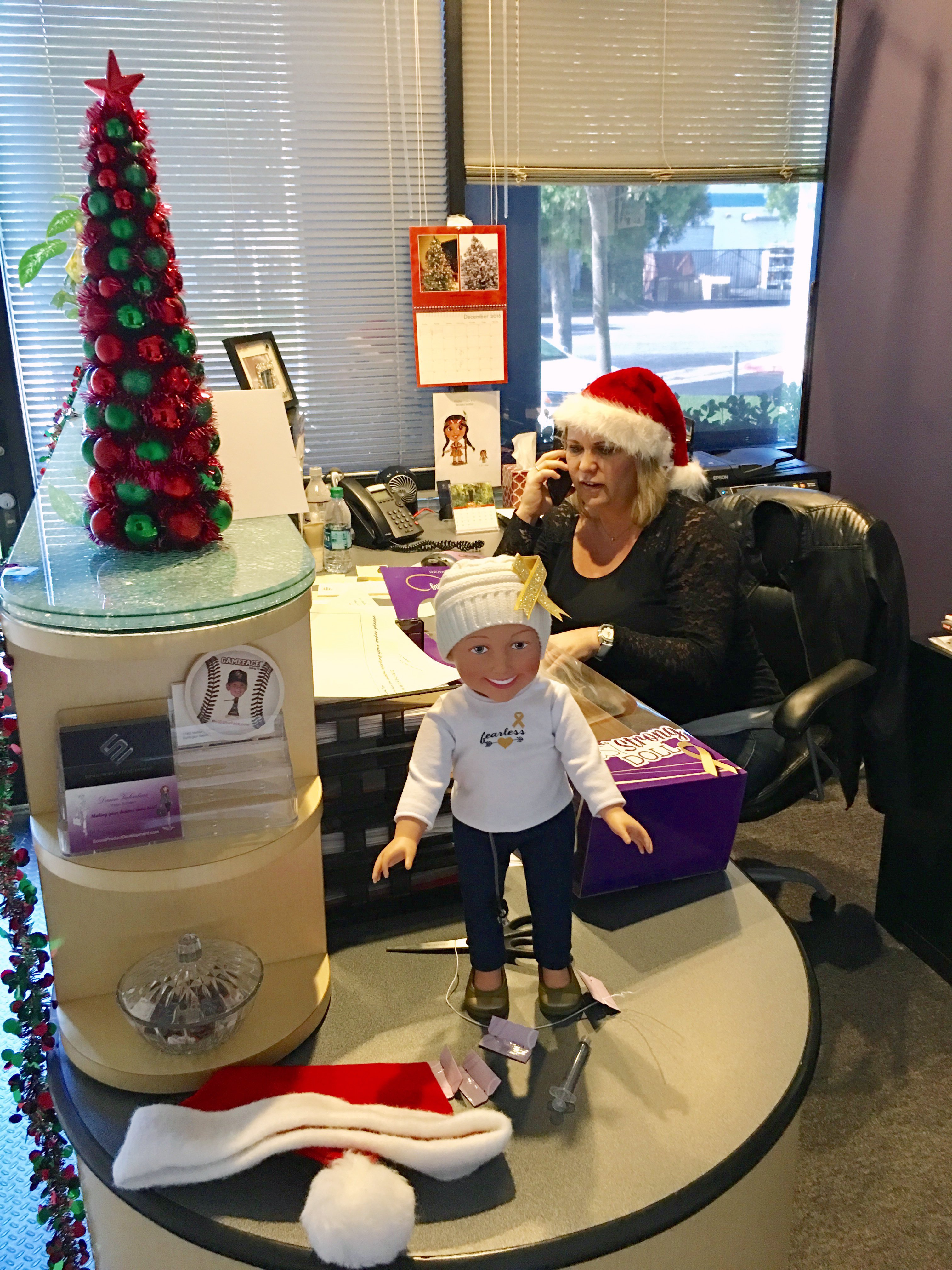 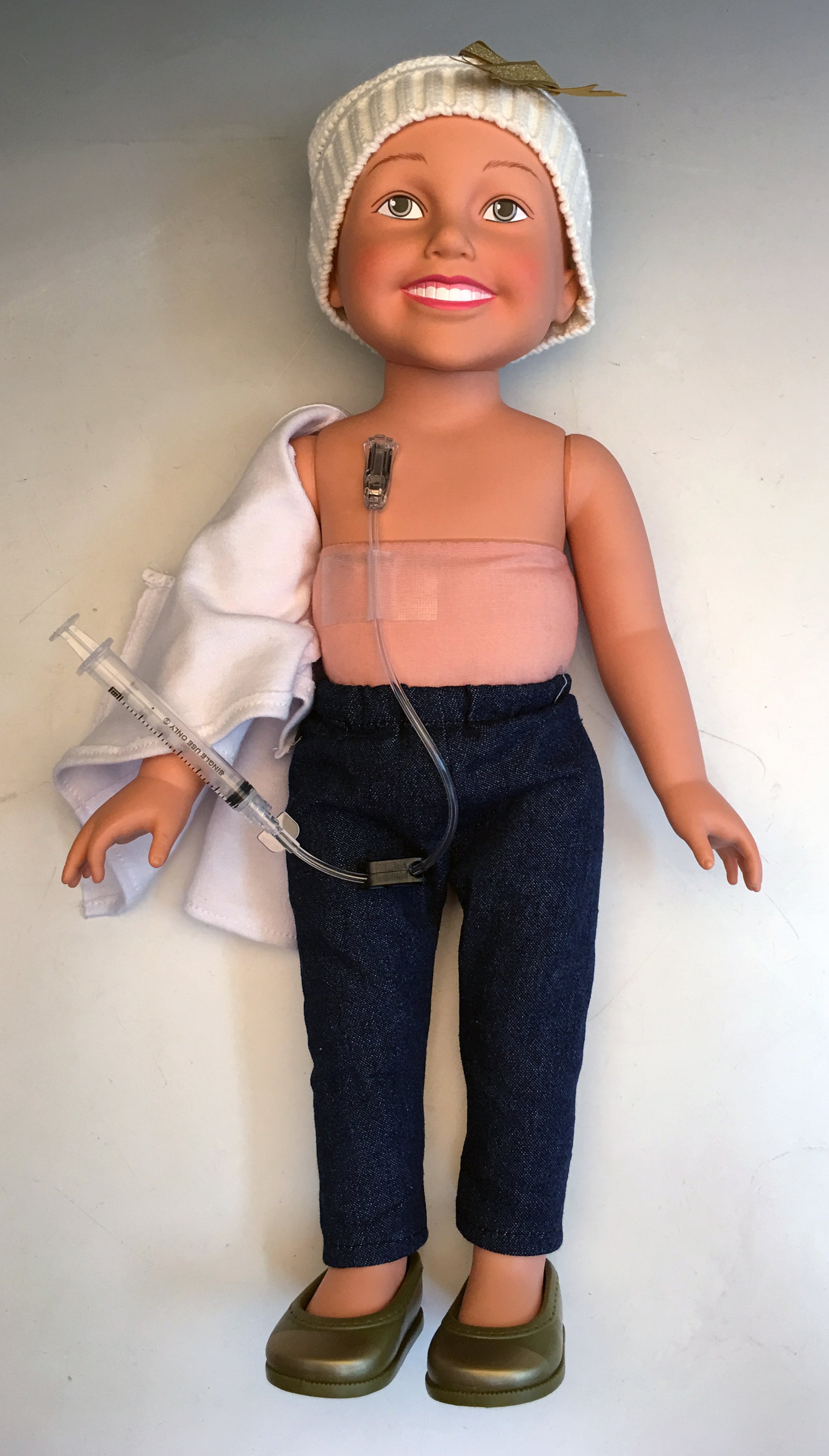 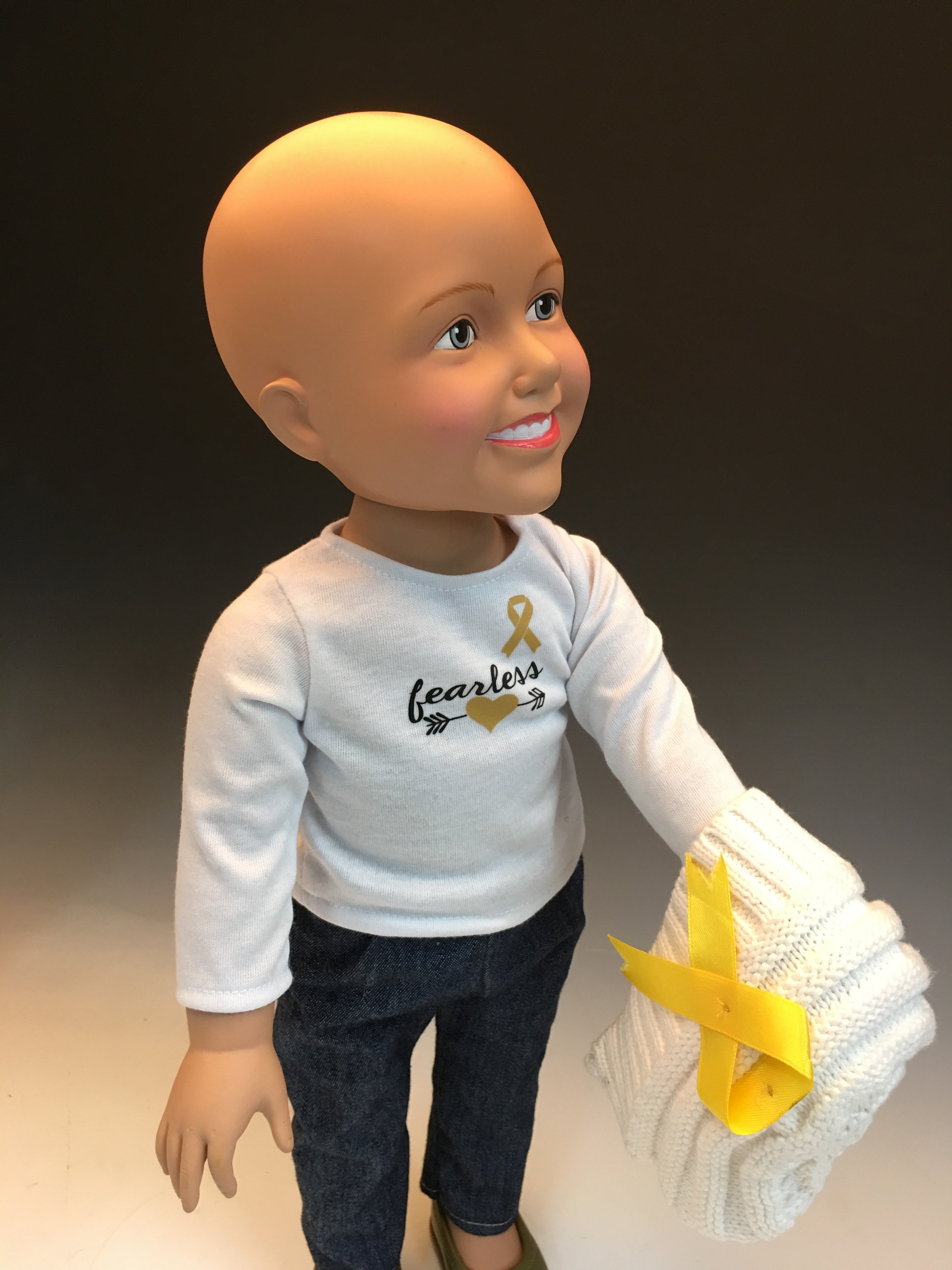 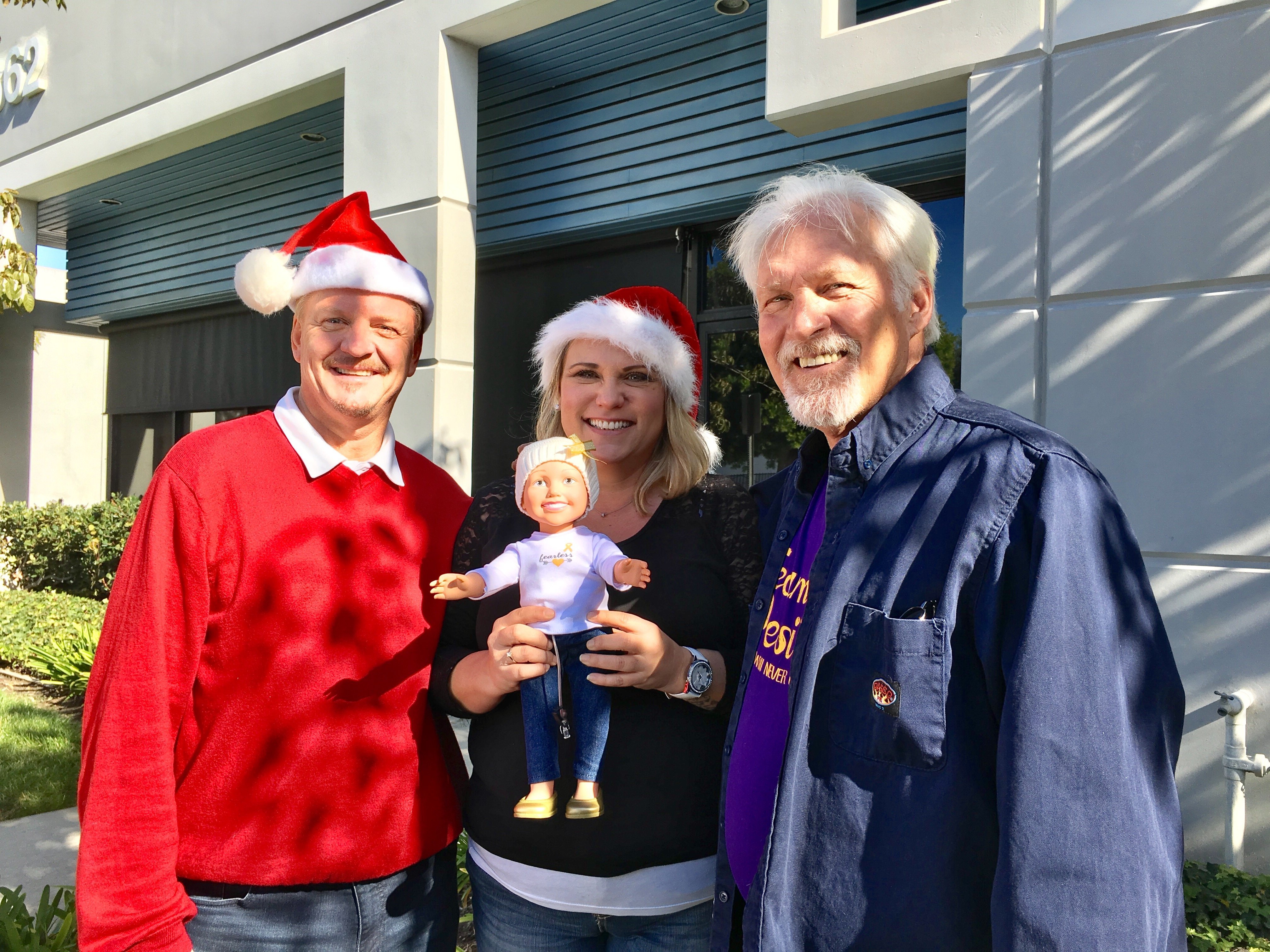 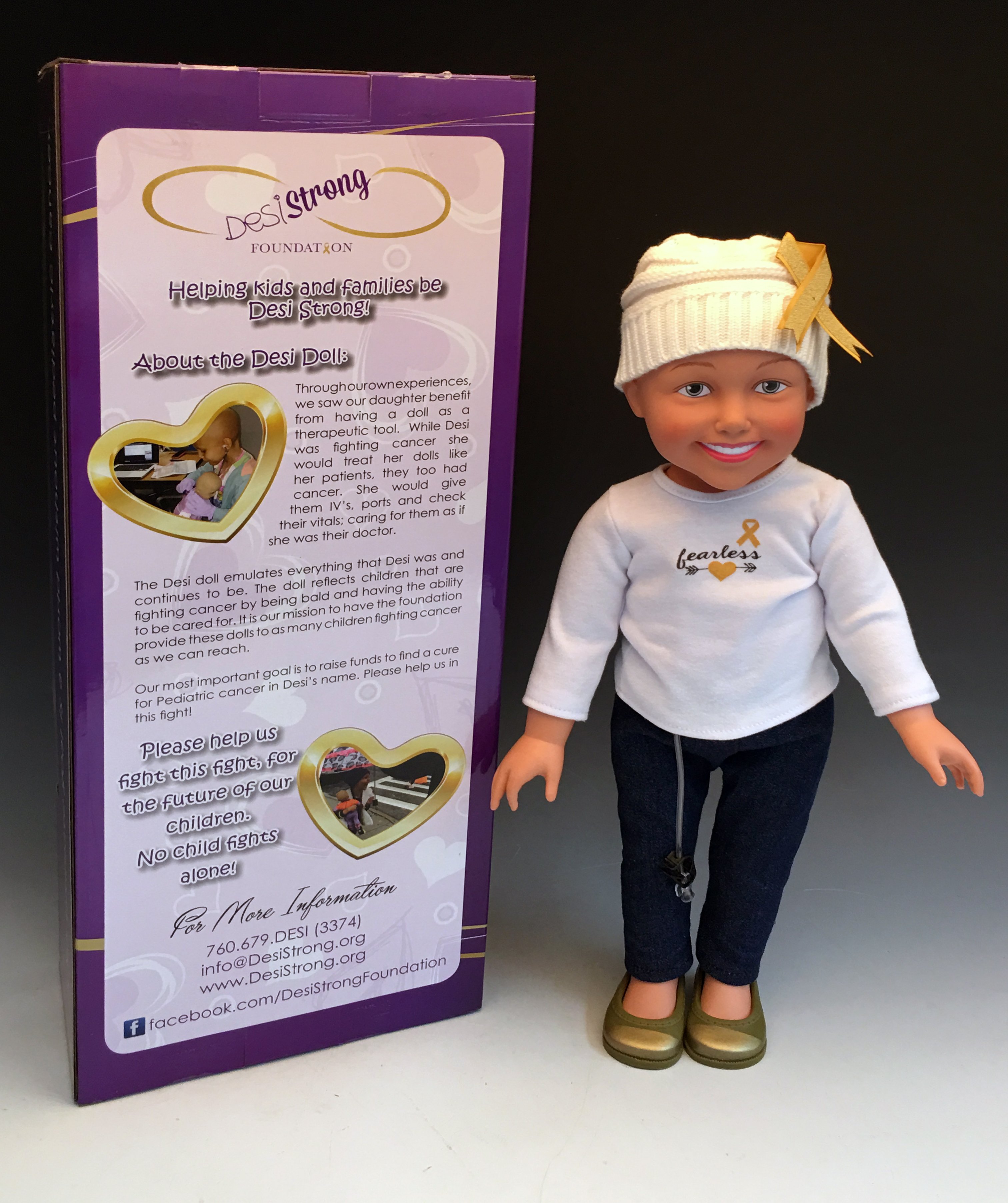 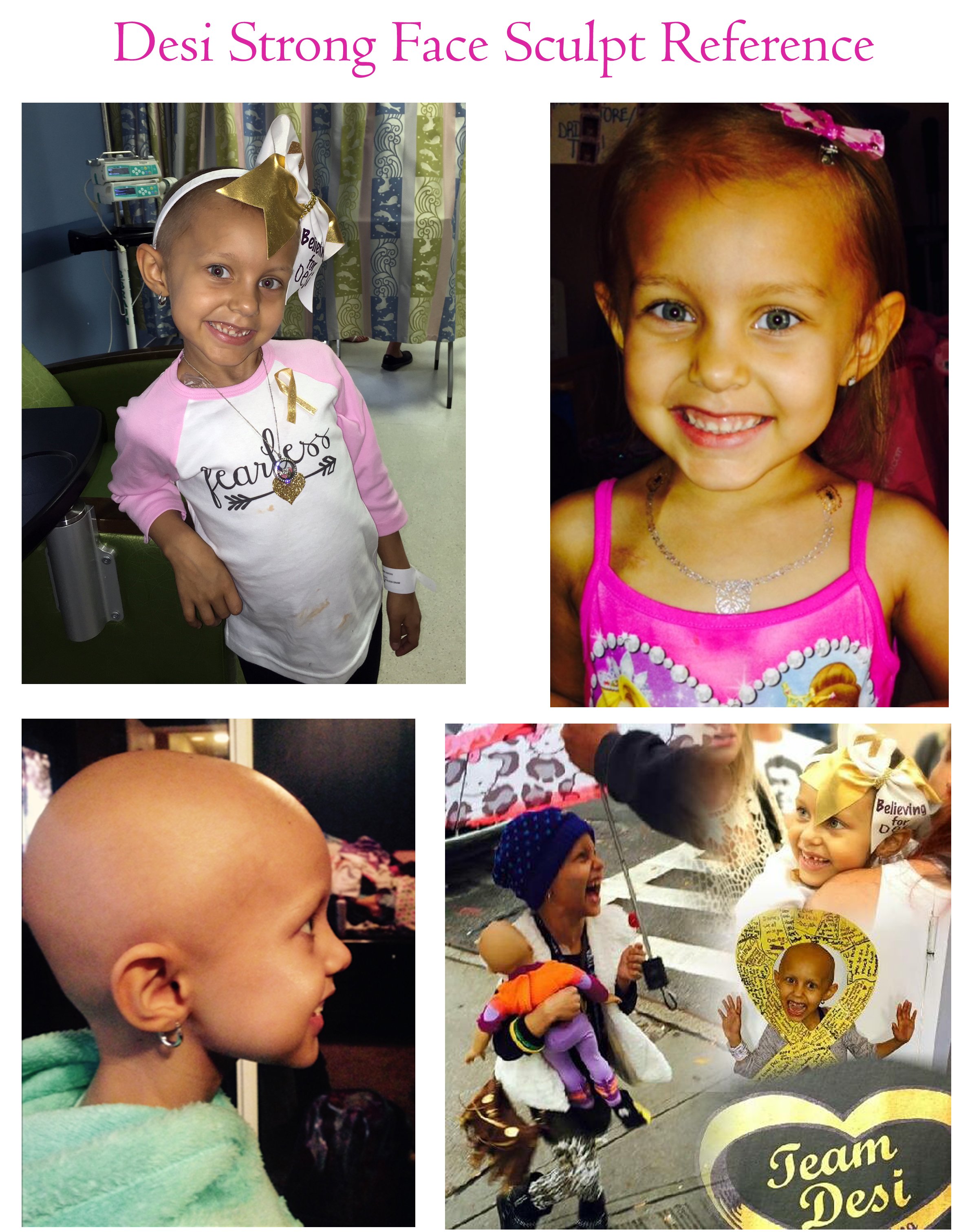 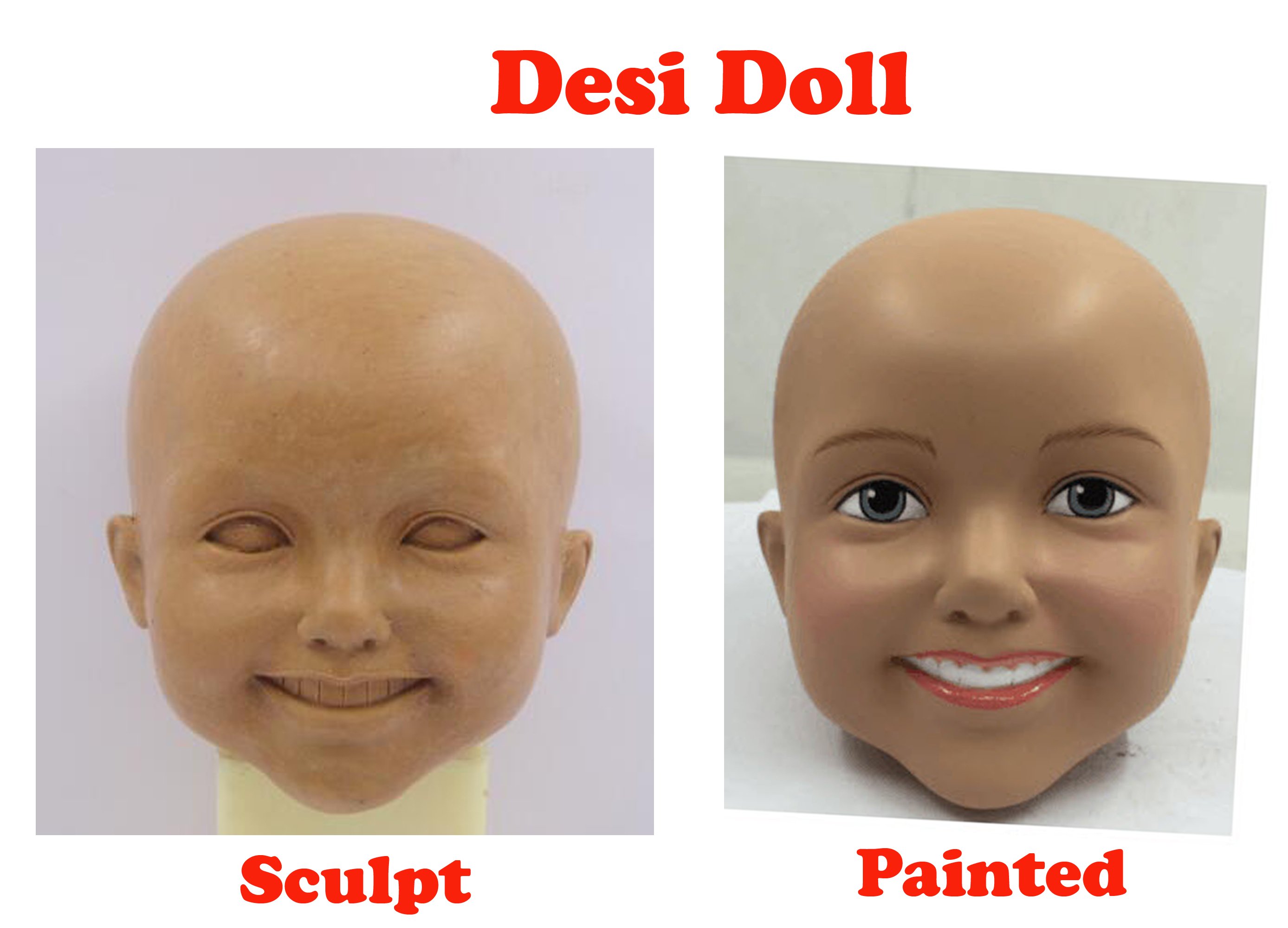 This was some sort of Christmas Miracle for the children which realized Terry’s dream of creating a unique doll in the memory of his loving daughter that would comfort them in their time of pain and suffering as it did for Desi. This heart felt project touched everyone involved and the memory of a courageous, beautiful, STRONG girl will live on for future children to be inspired.

Please visit the Desi Strong website below to learn more or donate & sponsor a Desi Strong doll for a child fighting cancer. 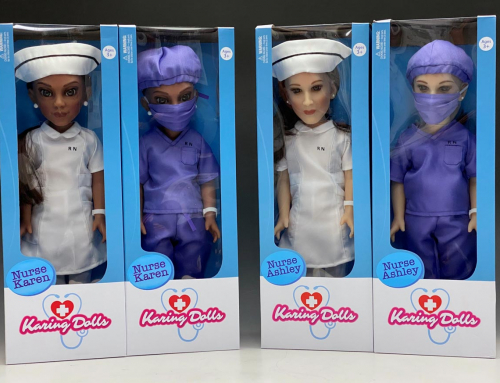 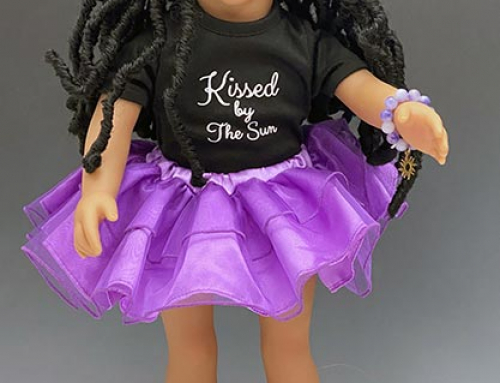 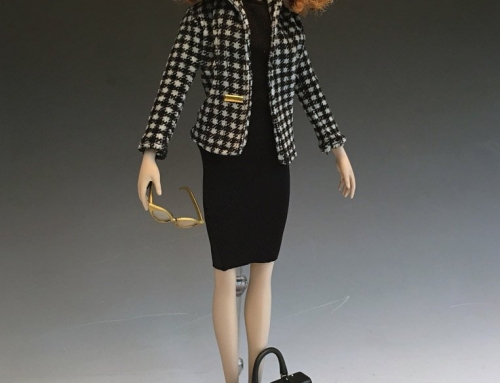 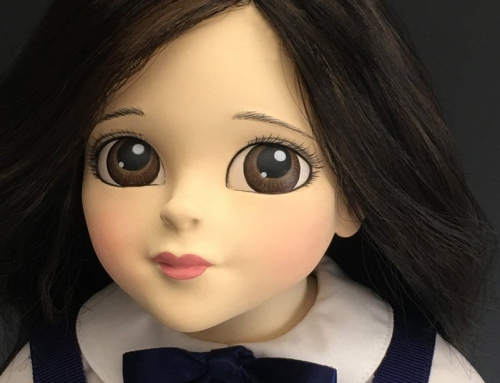 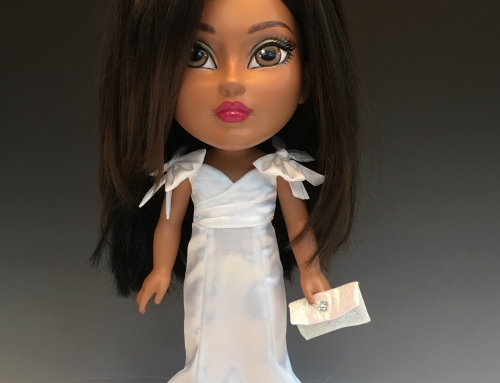 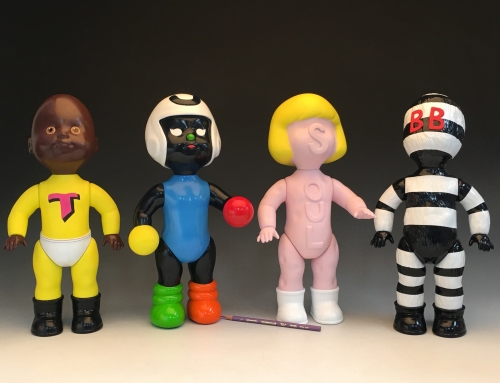